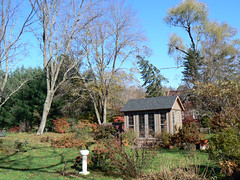 The sale of newly built homes in the Us hits its lowest level this February breaking the previous record in 1963. In a prominent decline the housing slump continues to fall deeply , as 250,000 new homes were sold in month of February on a seasonally adjusted annualized basis. The figure was down 17% from January, the third monthly fall continues.

By and large the difference is only 15% but since the housing market fell, the margin has increased as the price of existing home sales has depressed under the weight of millions of foreclosed houses auctioned off inexpensively by mortgage lenders. Another three million home repossession are expected this year. As for the sales of existing homes also fell steeply in February while prices hit their lowest level in about nine years or so.

According to analysts new home sales comprise about 10% of the housing market. Now there seems to be nine month worth of supply of unsold new home sitting on the market based on the latest rate of home sales. That is well higher than the four months worth that was typical during the housing boom of the last decade. With massive cut back in the construction industry the house prices dream of a recovery. Let’s wait and watch .

The US Treasury’s $142 Billion Brings A Twist

US Branded Drugs and Its Soar Prices