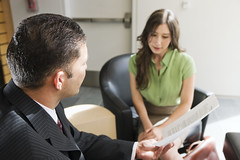 According to a report, the increase in the number of people in work was better than had been expected, it is a fraction of the 8 million US workers who lost their jobs in the downturn following the 2008 fiscal crisis. Higher product and food prices restricted US economic growth in the first quarter.

Despite inflation being higher than the authorities would like, Friday’s employment data showed little in the way of pressure from earnings price raises. Average hourly earnings increased just 3 cents, or 0.1%, to $22.95.

A wide range of sectors saw jobs growth. Employment in retail trade rose by 57,000, while professional and small business services added 51,000 jobs. Employment in health care increased by 37,000, leisure and hospitality rose by 46,000. However, the number of public sector jobs fell by 24,000.

It seems that the American society seems to be grasping the positive energy towards the employment betterment. The stock market is indicating the progress as well. We might see the Fed let its balance sheet contract a bit in the second half of the year, but we probably won’t see an actual rate hike until early 2012. Economic thrust has not been lost.

Will a Business Cash Advance Help Your Establishment ?