US Branded Drugs and Its Soar Prices 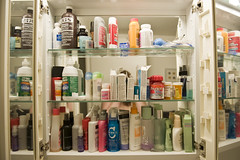 U.S prices for branded drugs are increasing rising faster than ever before. Meanwhile the pharmaceutical industry nervously eyes the future of health care reform. Prices for the top 15 selling drugs rose higher in rates in 2010 than they did in previous five years according to an analytical research. Despite inflation the two third of drug industry rose higher in 2010 according to the measured consumer price index. According to the analysis the drug makers are scrambling to make as much money as possible from the famous drugs.

Drugs with prices rising are mostly cholesterol drugs , blood- clot prevention drugs, and asthma treatment drugs. Insurers however get a discount on the listed prices. As the inflation carries on so is the rise of prices in the drug industry. A research says that $25.4 billion in US drugs sales are at a risk this current fiscal year. On the other hand a $26.1 billion in sales about a percent of the $ 300 billion market will lose its copyright protection next year .

Drug producing businesses have a special right to sell new products for up to 20 years from the date of U.S copyright filing. Once the copy right expires then comes the copy cats with lower range of prices. Research estimates that the U.S health care system will reap at least $70 billion in savings over the coming four years. But until the common entrants there is very little going back on the U.S price of branded drugs.

US Shoppers Spending Increases In February