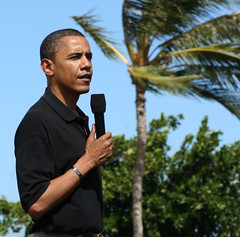 US President Barack Obama has said it would be “unpardonable” for lawmakers to fail to reach a budget that would fund the government to September. President Obama spoke after he and Congressional leaders were unable to reach a budget deal on Tuesday. Without a new budget, the US government will shut down on Friday.

But on Tuesday evening, Democratic Senate Leader Harry Reid said he had a prolific meeting with Republican House Speaker John Boehner. The report was nearly indistinguishable to a statement Mr Boehner’s office released following the meeting, a shift in tone from recent days. Negotiations have caught up over legislation to fund the day-to-day operations of US federal agencies to the end of the financial year on 30 September.

Republicans, urged on by the anti-government Tea Party movement, are calling for far greater spending cuts than Democrats are willing to concede. Meanwhile Democrats have blamed Republicans of linking social policy agendas to the bill, and say the size of the cuts Republicans demand would hinder the promising US economic recovery.

Since 1 October, the government has subsisted on a series of temporary measures. Previously on Tuesday, Mr Boehner and Mr Obama met in an effort to craft a budget that could cut $33bn from this year’s budget against last year’s spending levels and ensure the government does not shut down when the most recent stop-gap measure expires at midnight on Friday.

US Values Profits Through Jobs

Toyota US Production System – A Possible Close Down