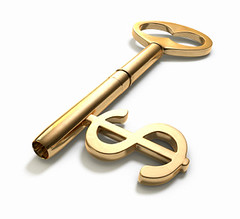 Before we become successful small businesses , we are an individual .We’ve all heard the old saying that “people resist change”. But it doesn’t take a rocket scientist to figure out why?! People resist being changed especially when the change appears to have a payoff for someone else. A great idea for business change takes this form , and it feels a lot like coercion. We need to understand the factors that matter in change and what impact they have on the people we expect to change. Managers of the small business can greatly think of the factors as questions that need to be answered to improve the odds that innovations will succeed. Here are those queries:

1. Is the change a burden or a challenge

2. Is the change clear, worthwhile and real?

When the change promises clear, worthwhile and believable benefits, it will look desirable. How to make the change real? Word pictures help, as do videos depict the new state of affairs. If the change involves, say, self managing teams, then visit to an small business that already converted to a team-based system will promote the change as no speeches can.

3. Will the benefit of the change begin to appear quickly ?

The longer it takes for the change to bear fruit, the more difficult it is to maintain the concentration and enthusiasm required to bring it about. This suggests that extensive and lengthy changes are often best introduced by using pilot projects or other limited applications so that people can see positive results quickly.

4.Is the change limited to one function or a few closely related functions?

The more functions that cooperate to produce a change, the greater probability that at least one function will see itself as a loser in the change and work to sabotage it. At least in the initial stages, limit the number of functions affected by the change. Doing so will significantly improve the odds of the success.

5.What will the change’s impact be on existing power and status relationship?

The more a proposed change conforms to the existing power and status structure, the less likely it is to be opposed by entrenched powers. But what if the point is to change this structure as in process re engineering, where departmental stuff are supposed to give way to a new structure based on the processes that serve customers? One possibility is that the small business might begin re engineering on the small scale and count on the logic of it to drive the reorganization throughout the small business.

6. Will the change fit the existing small business culture?

The better the change you propose fits the values of the existing culture, the better its chances of success. For instance, many small businesses have struggled with the conflict between quality defined as technical excellence and quality defined as customer satisfaction. The more that customer satisfaction can be presented as an extension of the tradition of excellence, the smother the transition will be

7.Is the change certain to happen?

Top management support counts for more than any other variable in the equation. People are much more likely to get involved with something if they believe it is really going to happen. The point is simple: if you want something to change, lineup enough small business horsepower to ensure that it will before you start the change .